“The animal looks at us and we are naked before it. Thinking perhaps starts here.” -Jacques Derrida

Is there a point where animal ends and human begins? Western philosophy suggests that the being known as “Animal” is forever positioned on the complete opposite side of the divide; a divide that reassures “Man” as superior. But, is that divide permeable? I would say yes. Nonhuman animals, especially those species that interact with us transcend that divide on a daily basis. Not human yet not animal, these species occupy a new type of existence. They are instead referred to as “Other”.

In my art, I explore the concept of the “Animal Other” as well as my relationship with them. Animals are not just beings of beauty and awe, but rather rich, complex, knowing individuals. As an artist, I feel compelled to reconstruct the human, nonhuman animal relationship as well explore our experiences with those of other species in order to examine the deep symbiotic relationship between all living creatures. 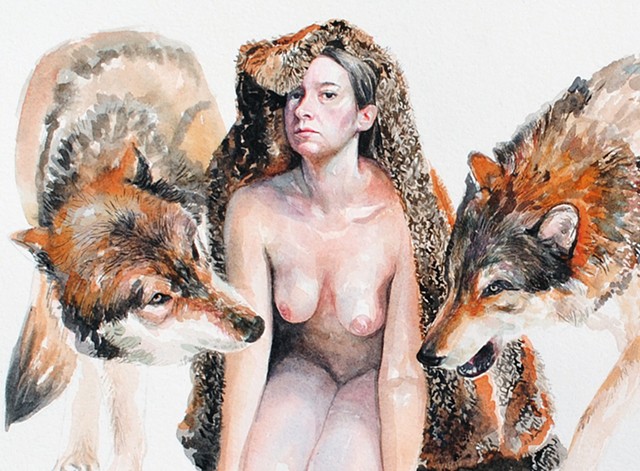 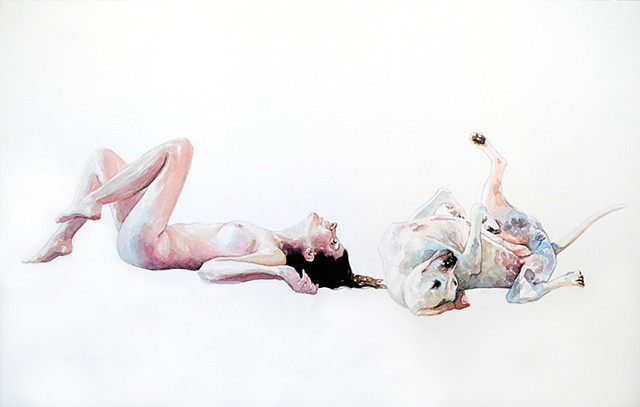 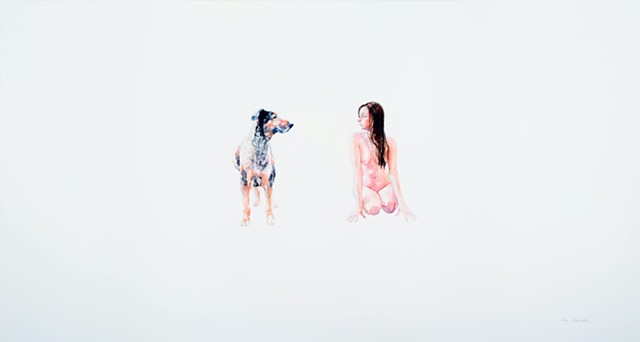 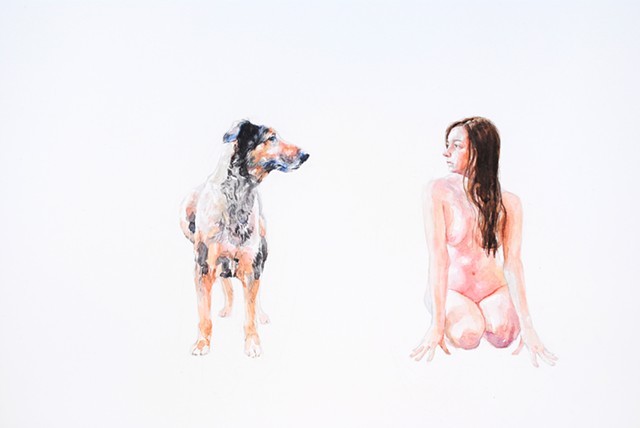 The Language of Dogs I (Detail)
Watercolor on Paper 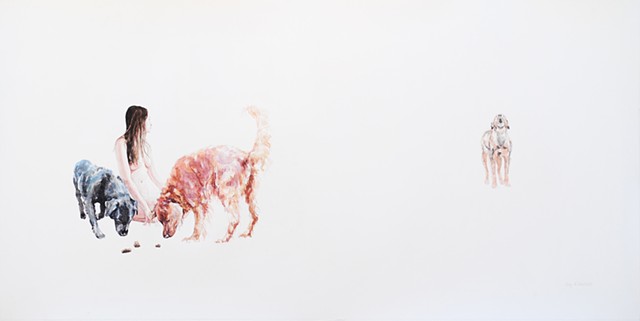 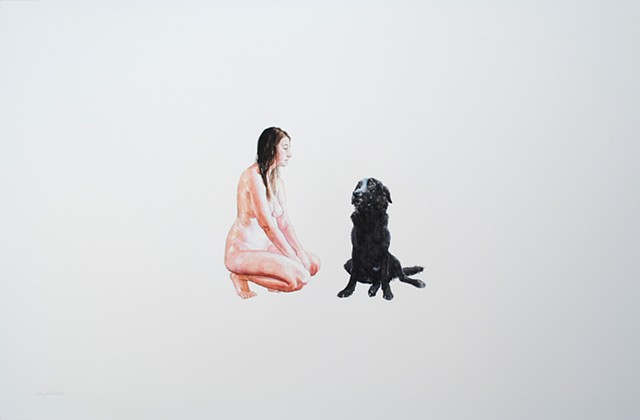 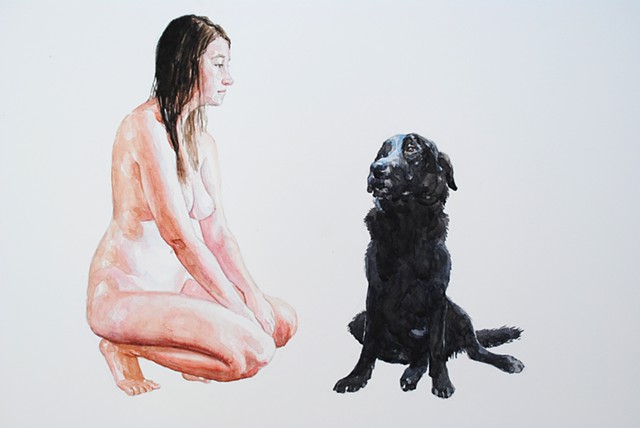 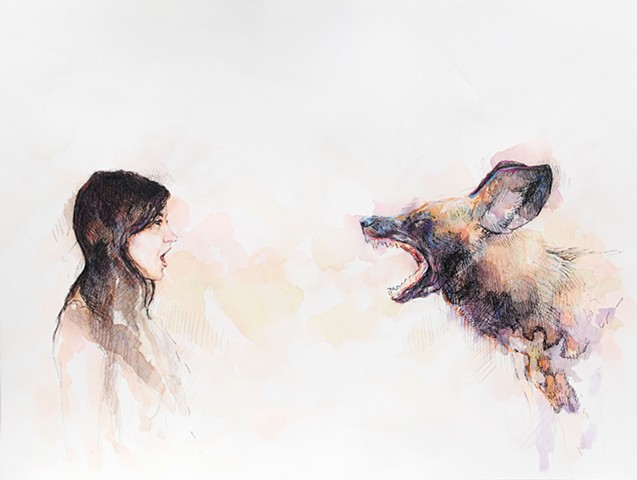 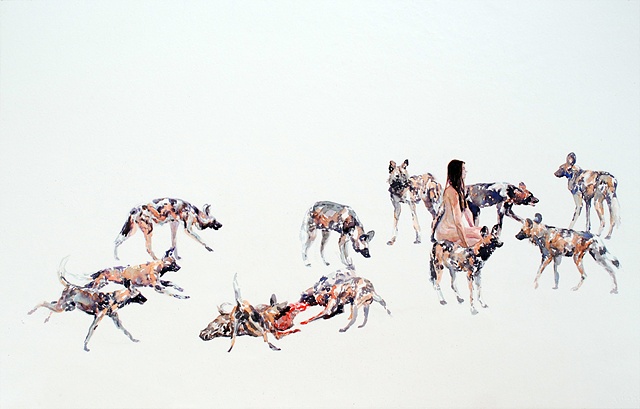 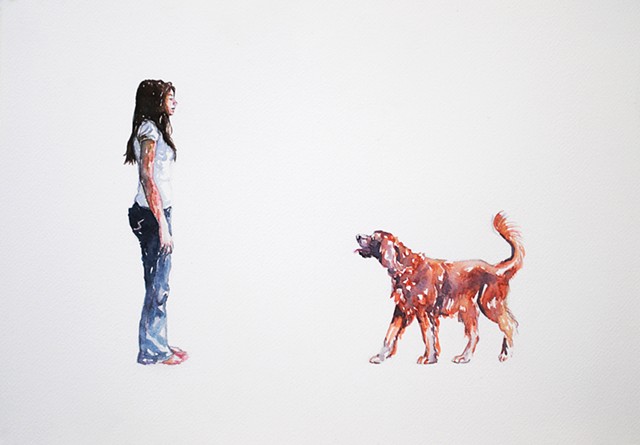 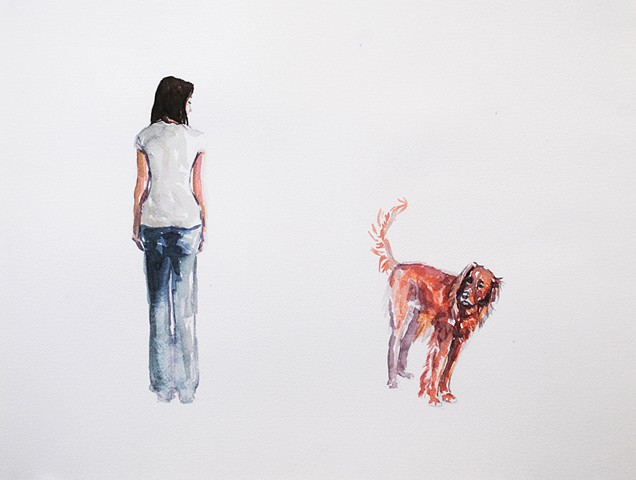 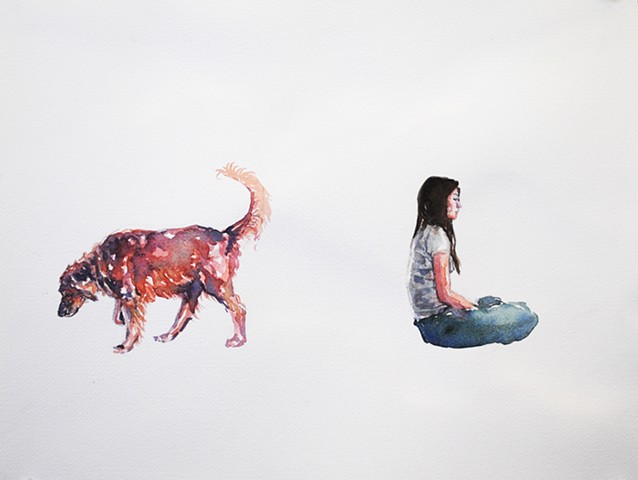 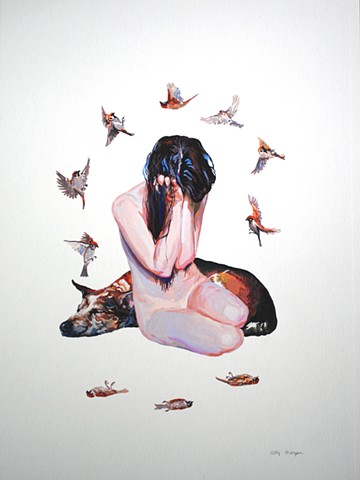 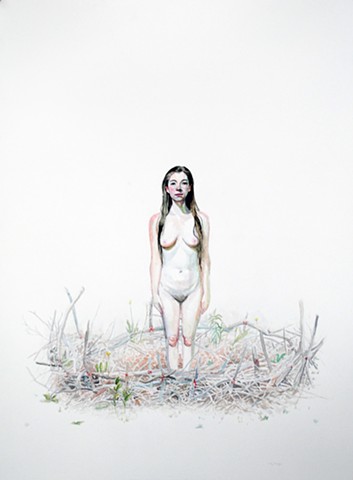 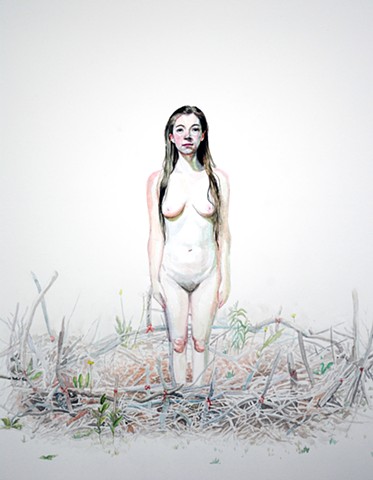